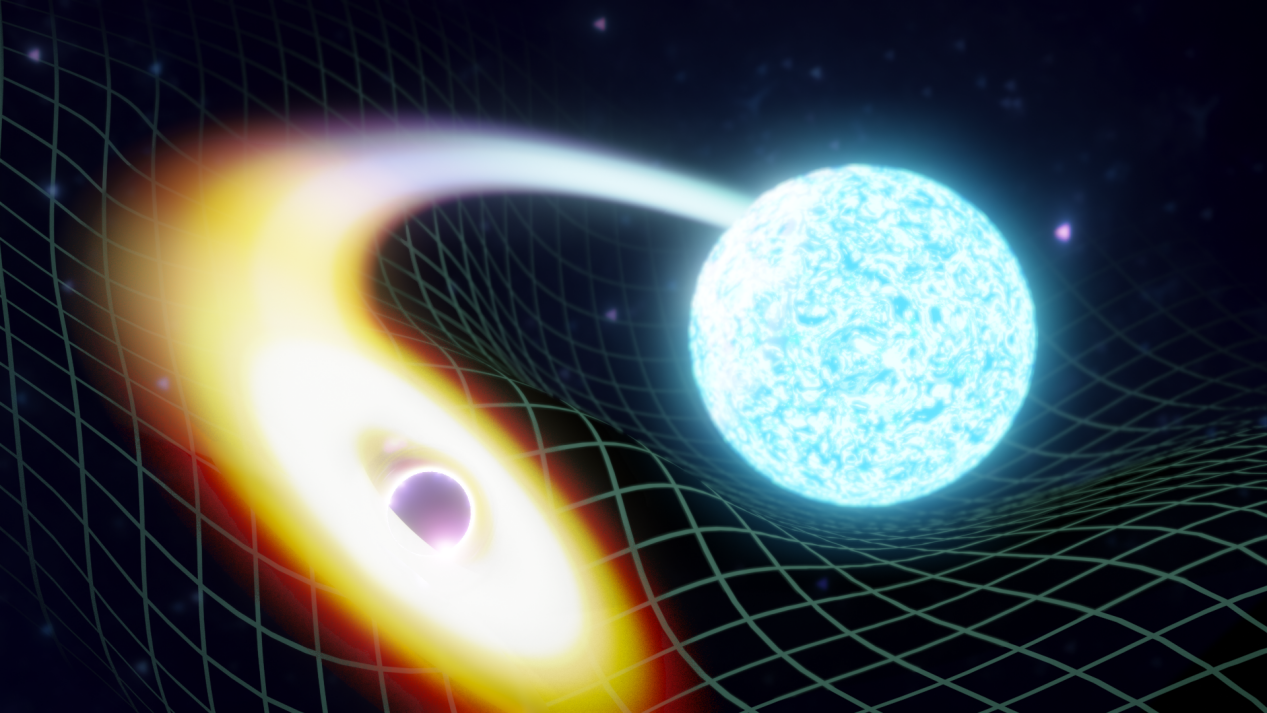 Artistic rendition of a neutron star merging with a black hole

On Jan 5 and 15, 2020, two NS-BH coalescence events were detected successively by LIGO and Virgo. These two events, named GW200105 and GW200115, were the first confirmed detected NS-BH binaries. For GW200115, the BH spin is found to be negatively aligned with the binary orbital angular momentum vector, i.e., with a spin-orbit misaligned angle greater than 90°.

Dr. Zhu found that only when a large NS natal kick velocity is about 600 km s−1  can the unexpected results be achieved. Another possibility is that the BH in GW200115 is slowly spinning (similar to GW200105) and thus no constraint can be derived from the apparent spin–orbit misalignment. This would indicate that the angular momentum transport within massive stars is highly efficient. 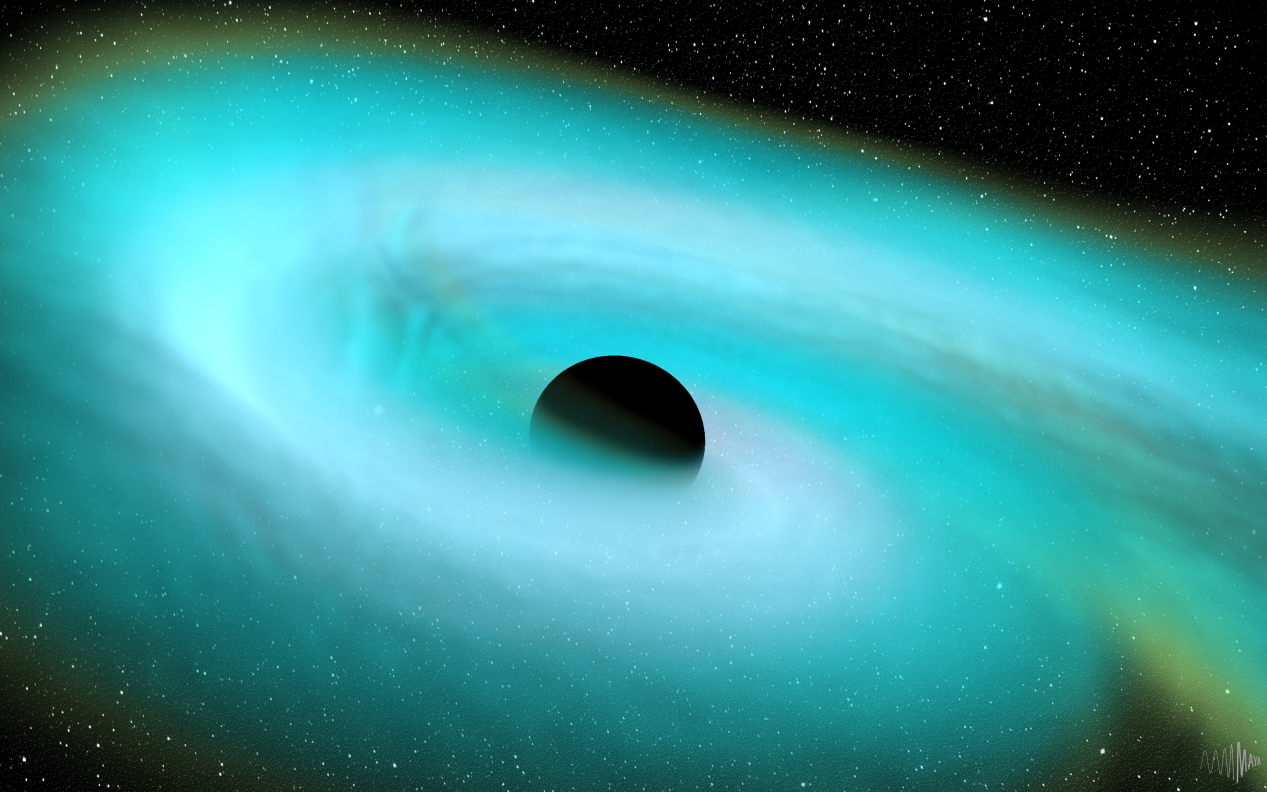 The tidal disruption of a neutron star by a black hole