BNU Zhuhai Holds a Reception for International Scholars and Students

To celebrate the 100th anniversary of the founding of the Communist Party of China, to help international scholars and students learn about the history of CPC, new China's construction, and reform and opening up, particularly the latest development of the national strategy of the Guangdong-Hong Kong-Macao Greater Bay Area (GBA) and the Guangdong-Macao In-depth Cooperation Zone in Hengqin, and to promote their mutual understanding and friendly exchanges, on the afternoon of September 18, International Office organized a reception for international scholars and students. Guo Kanjun, Director of International Office at BNU Zhuhai, and Qiu Yue, Director of Office of International Exchange and Cooperation of BNUZ attended the event. More than 40 international experts, international students and guests participated in the event. At the beginning of the event, the hostess Yang Xue, showed a short film Red Star Over China. From a documentary perspective and through the eyes of foreigners, it bears witness to the great changes and reforms that have taken place in Chinese society since the founding of the Communist Party of China 100 years ago. From “to stand up and to survive” to “reform and opening up, Shenzhen speed”, and then to “poverty alleviation and rural revitalization”, the Chinese Communist Party has experienced century-long hardship to lead the nation to head towards the national rejuvenation and prosperity within 100 years.

Later, four foreign experts and international students sincerely shared their own personal feelings on China’s development. German scholar Dr. Christoph Stahl used photos taken by himself, witnessing the dramatic changes that have taken place in China in just one decade: the construction of cities, the transformation of communities; The American expert Prof. Randy Lapolla, who studied at Peking University in the 1980s, was acutely aware of how much China has changed since reform and opening up. In addition to the visible achievements, he was particularly pleased that Chinese scholars are now more active and influential in the world’s academic circles; Hossain Md Ripon, an international student from Bangladesh, illustrated the important reference role of China’s development path for other developing countries. The Pakistani student Imran Khan affirmed the important leadership role and outstanding contribution of the CPC in different historical stages from his own research experience, and expressed his admiration for China’s development speed. 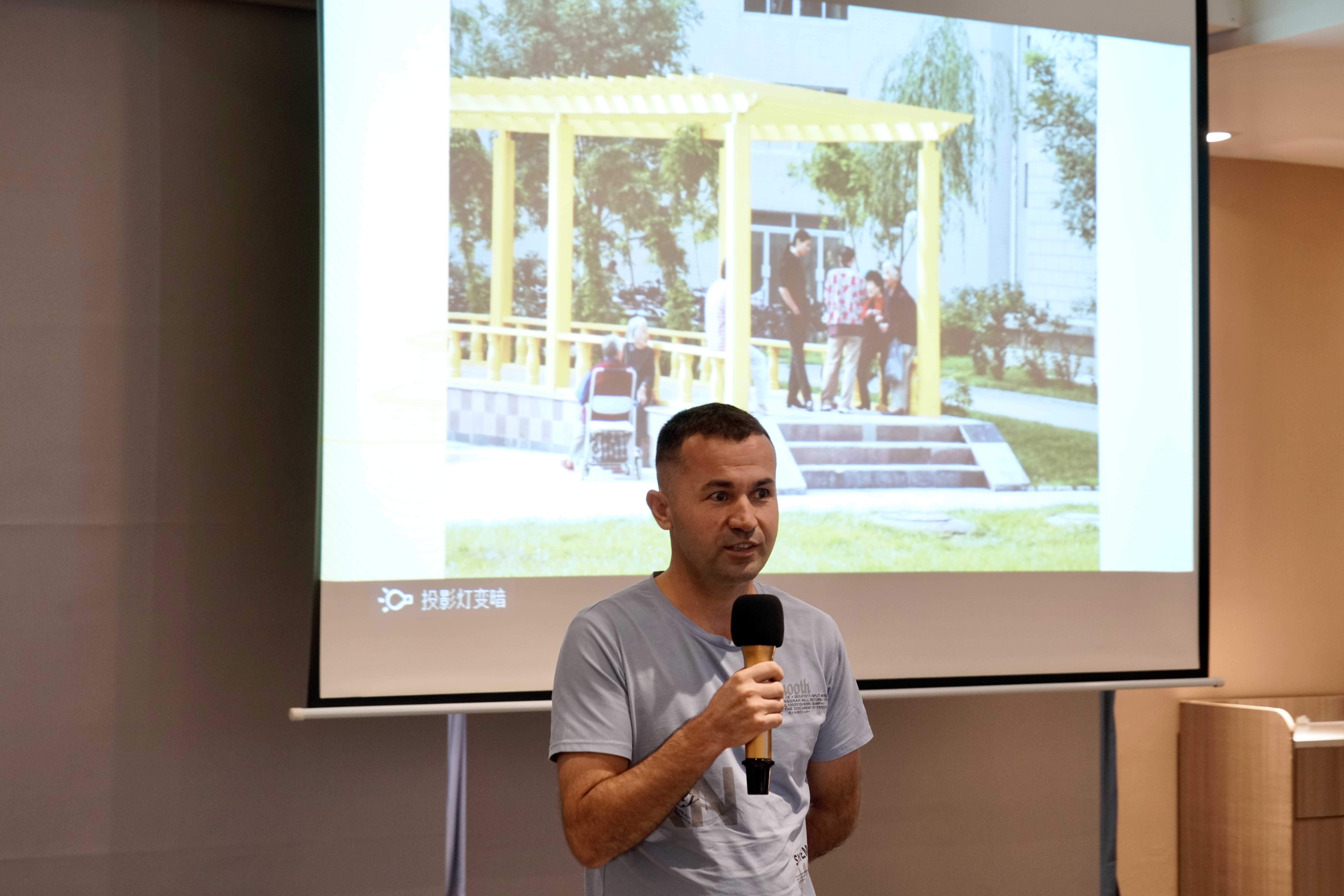 Then, the hostess introduced the development strategy of the GBA through an abundant of pictures and texts, a large amount of data and a vivid video, and emphasized the strong impetus of GBA to China’s GDP. She particularly stressed that Zhuhai has attracted more and more high-end talents due to its livable natural environment, advantageous geographical position and new technology innovation industry, which has made it the driving force for the development of the GBA.

Subsequently, the hostess introduced the newly-established Guangdong-Macao In-depth Cooperation Zone in Hengqin. The cooperation zone, which is of far-reaching significance to the development of Guangdong and Macao, will inject new impetus into the practice of “One Country, Two Systems” of Macao and bring huge development opportunities to Zhuhai. In the increasingly internationalized GBA, international scholars and students will witness a new chapter of the development unfolded. The holding of the reception for international scholars and students not only enables them to understand the road of the Chinese People’s unremitting struggle over the past century, to learn the history of contemporary China and the development of China today, but also encourages them to better participate in and integrate into the development of the GBA. Global talents gather in the GBA. Chinese and foreign cultures collide with one another, generating sparks full of vitality in the new era.