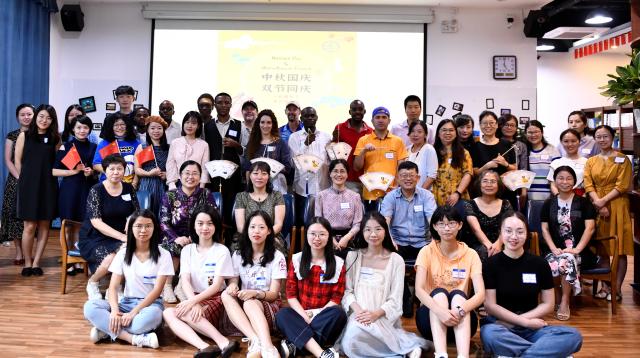 In order to display the charm of traditional Chinese culture, promote the exchanges between international scholars and students and Chinese scholars and students, and facilitate the construction of an international and culture rich campus, a celebration with the theme of "Blessing for China Under the Full Moon" was held on the afternoon of September 27. More than 50 Chinese and foreign teachers and students gathered in Young Teacher’s Building to celebrate the two festivals, conveying their yearning for family reunion and love for China. The event was hosted by Sharon Li. 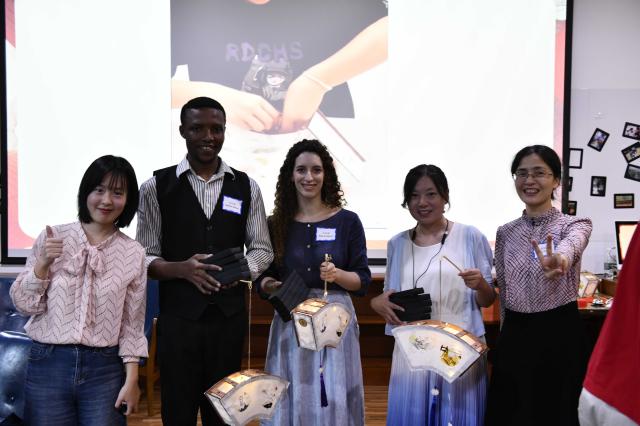 Then, Sharon Li vividly introduced the origin, ceremonies and activities of the Chinese celebrating the National Day. The teachers and students waved small national flags and sang the song My Motherland and Me affectionately.

Afterwards, traditional Chinese holiday Mid-Autumn Festival was introduced through video playing, including the legend of Chang'e flying to the moon, and popular poems depicting the moon. Yuwei Cui from College of Education for the Future recited both the Chinese and English version of the famous poem Prelude to Water Melody written by Sushi. Her wonderful interpretation of the poem deepened teachers and students’ understanding of the poet's detached attitude towards life, his yearning for family reunion and his best wishes for everyone. 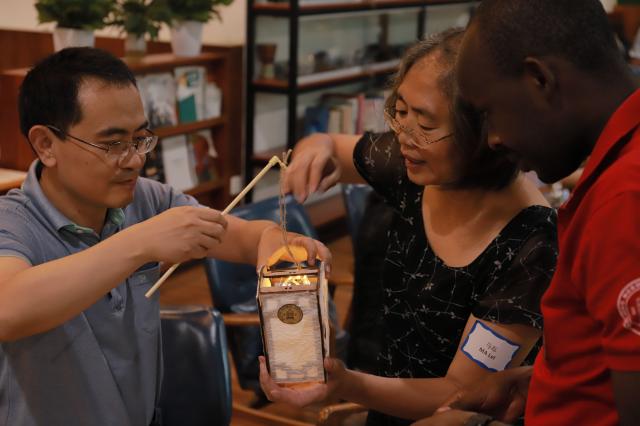 In addition, traditional customs of Mid-Autumn Festival such as moon worshipping and moon appreciating were also introduced, after which a lantern making competition was held. Teachers and students cooperated and completed the lantern making in a relaxed and lively atmosphere.

Later, Dr. Charles Beaupre from School of Chinese shared his Mid-Autumn Festival experience in China and another version of legend of Chang'e Flying to the Moon. Professor Steve Wenbin Liu, from Institute of Advanced Studies in Humanities and Social Sciences, introduced the festive customs in the Yangtze River Delta and Northeast China. Student representatives also introduced the Mid-Autumn Festival tradition in their hometown. Chinese and foreign teachers and students shared their holiday experiences in a relaxed and happy way.

This celebration activity acquainted international scholars and students with the origins of Chinese National Day, wonderful legends and customs and changes of meaning of Mid-Autumn Festival over time. Moreover, the gathering cultivated the friendship of both the Chinese and foreign teachers and students and facilitated the construction of an international, culturally rich campus. 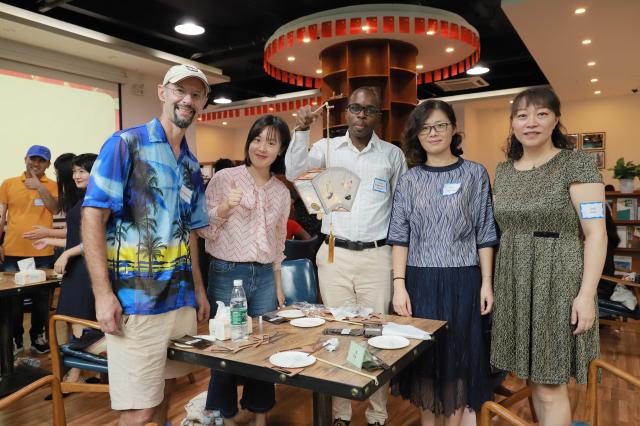